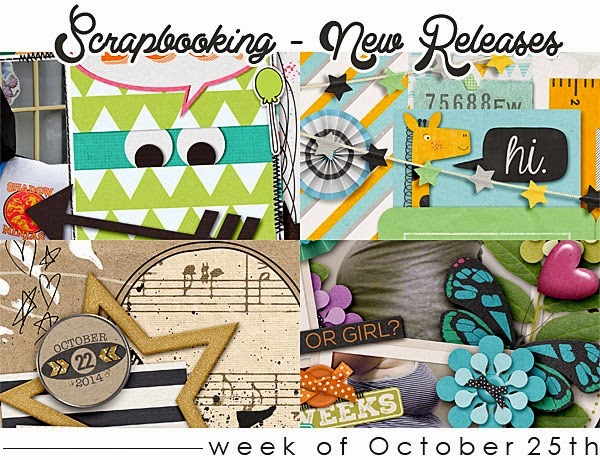 Can I tell you how much that I have missed sharing my scrapbooking pages with you all? Because I totally have. There’s just nothing like getting to share what you love with others, now is there.

This week I got to work with products from several different Sweet Shoppe designers, and best of all – with their 2014 Mystery Grab Bag, a promotion that the store hasn’t done in several years!

Breaking down the inspiration.

Like most people who do creative things (is there anyway to not make that opening sound pretentious…?) Pinterest has become my go-to destination to look for a little inspiration. I mean, hello, isn’t that what the site is for? Actually, I have no idea what the site’s real primary function is – that’s just what I use it for. 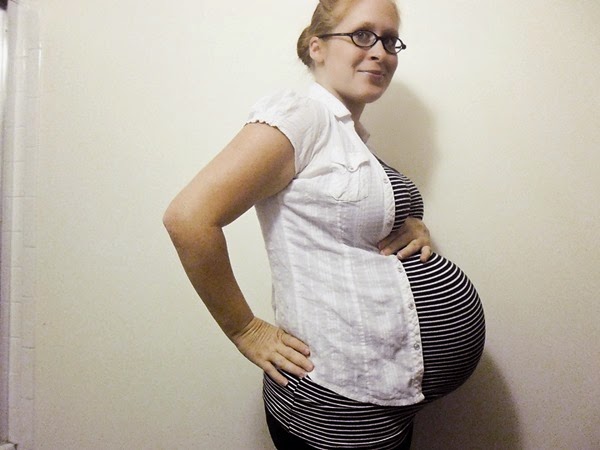 I’m pretty sure Baby’s dropping was just a joke on me. Either that or this baby is going to be going from the right position to breech on and off repeatedly like Bella did.

A morning with Mason.

Just a little post to give you a little chuckle over life with Mason this morning. 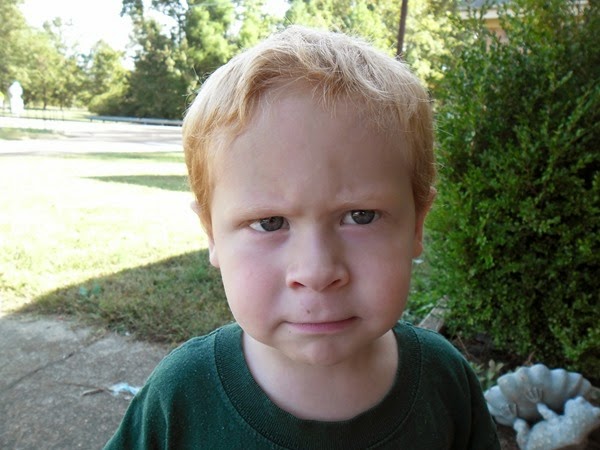 Lets start with when he second wakes up (the first time he wakes he gets in bed to nurse and sleep for another hour… or two… ):

“GOOD MORNING MOMMY! I love you, Buttcheeks!” Are you ready to get up and eat some breakfast and start your day? “Nooooo…. I stay Mommy cozy bed. I swee-sie (nurse) BOTH sides boobies all day!” No, why don’t we just get up, Mommy has to go potty and eat. The baby needs food. “No, no baby need food.” Then he jumps out of bed, runs to the bathroom. “I go tee-tee potty first! No Mommy tee-tee potty! MINE POTTY!”

Email ThisBlogThis!Share to TwitterShare to FacebookShare to Pinterest
Labels: kiddos, Mommy Diaries, the things we say 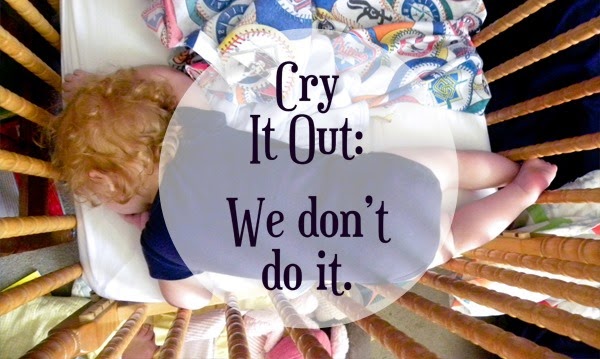 This isn’t meant to judge any of you who do practice the Cry It Out (CIO) method, it’s to give you a look into why we do not. And don’t worry – this will be long.

It’ 11 pm and a little boy is laying in dark room whimpering.

He looks to be about 6 or 7 and you can see him shifting about in his bed and you can tell that he’s about to wake up. The whimpering gets louder and the boy wakes up. It’s dark and he is alone and scared in his room. He wants his mother or father but he has no way of getting them. He can’t leave his bed so he can’t walk to them. The whimpering is slowly turning into soft crying. He just wants someone to come and tell him that it’s ok, it was just a dream, he isn’t alone. He wants someone to come and give him something to eat to take care of these hunger pangs that were bad enough to wake him up. He wants someone to come soothe this pain he is feeling through his whole body.

His crying gets louder and louder, progressing to wails and screams. Still nobody comes to him. All he wants is someone to come to him and make it better.

Downstairs his mother looks up to the ceiling with a weary look and then turns to her husband, “He’s at it again.” Her husband sighs, looks up at the ceiling, looks at the clock, and then turns back to the TV and turns it up. “Well, he’ll stop in a little bit, if you go and get him now you’ll just be spoiling him and he’ll never learn to comfort himself.”

The baking of Pollywog #5 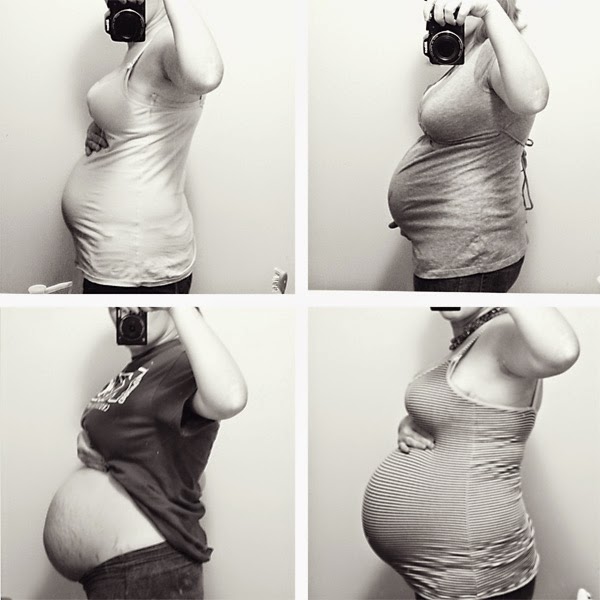 I feel like I announced Baby #5 and then just sort of left you all hanging. I mean, I'm in the final stretch of this pregnancy and this is only the second mention of it on the blog. And to think, I was actually worried when I announced the pregnancy on the blog that all of my posts would turn into pregnancy posts.

So, here is what you have missed in the baking of Pollywog #5:
Read more »
Posted by Unknown at 5:38 PM No comments:

Email ThisBlogThis!Share to TwitterShare to FacebookShare to Pinterest
Labels: baby #5, kiddos, Mommy Diaries, stories from the days without internet 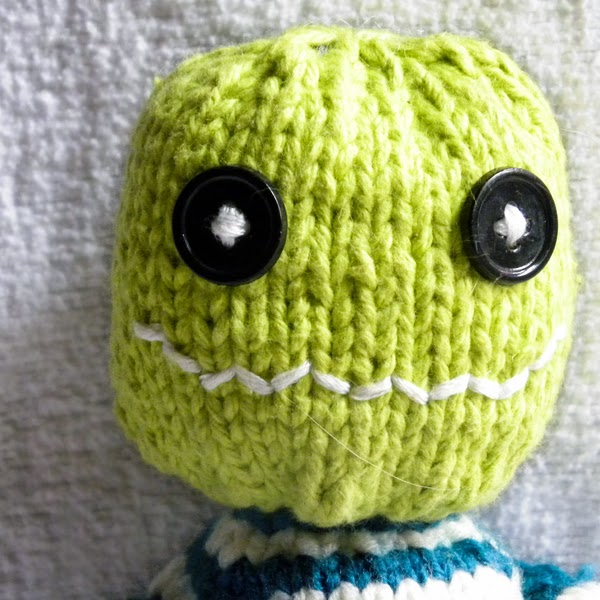 I won’t lie, Zach’s monster felt like a never-ending project. You would think the time consuming parts would have been the body or arms, because really, a 2 round stripe gets tedious. But no, I zoomed through those. The longest most time consuming parts were the legs. I got one done, but it was in his original orange that he picked, and it looked BAD. Like eww. I told him no way, he needed to pick a new color. He stuck with orange, but instead of a neon orange he went with a pumpkiny color that looks surprisingly great with the teal and neon green.

That monster sat around unstuffed and legless for a month while I did nothing to it. Just the thought of starting the legs again (after the original orange) made me think of like 20 other things that I should have been doing instead. I just could not make myself knit those legs.
Read more »
Posted by Unknown at 6:00 AM No comments:

I Get Creative For... 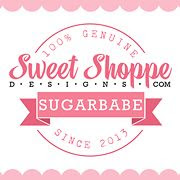 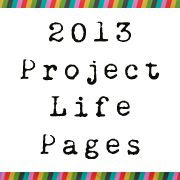 Life As Their Mom

Promote Your Page Too

Roses
by Leila Meacham
I loved this! It's long, but soooo good.

Carnival of Souls
by Melissa Marr